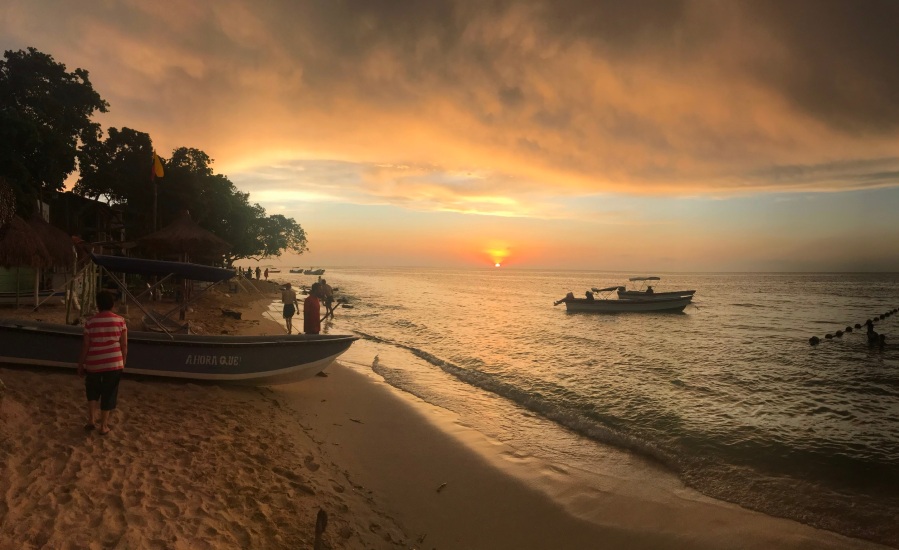 This fall, Christianity Explored USA Board Member Billy King traveled to Latin America to host CE trainings in three cities. These conferences focused on teaching pastors and lay people to share the Gospel using Christianity Explored. A few weeks ago, I sat down with Billy to hear stories from his time there.

When did you begin your trips to Latin America and why did you start going?

“My first experience in Latin America was with Rico Tice in 2009. He invited me to go with him for conferences he was doing in Mexico and Texas. They were all in Spanish and translated. [Before going to South America], I had done some Christianity Explored trainings in Colorado and Tennessee.

“But then there was a man in my Sunday School class named Jerry Cross who had been a missionary in South America. I asked him if he had any connections in South America where I could introduce Christianity Explored. He did, and he set up six conferences in 2014– 3 in Mexico and 3 in Colombia. Through Jerry, I met Kep James, who had been a missionary in South America for thirty years… Kep invited me to do a conference in Ecuador in September 2015. Every year since then, Kep has invited me to do conferences in one or two of his countries down there. In the last five years, I have done 17 conference in 9 different countries.

When you are presenting Christianity Explored in Latin America, what is the response you see there as compared to here in the States?

“Well, I would say that responses can be similar. I think there’s stronger interest in evangelism in Latin America than I see here in the States. That’s probably the biggest difference. Although, I think churches in both struggle within the area of evangelism.”

What would you say is the biggest barrier to the Gospel in South America?

“I find that most participants in the conferences have never had access to teaching of a biblical foundation for evangelism. They have a desire to evangelize. They know the Gospel pretty well. But they’ve never been trained in what the Biblical teaching of evangelism is. The three circles that we teach (God’s Sovereignty, Gospel Integrity, and Our Service/Creativity) is revolutionary to them… Pastors in South America don’t have access to formal training as easily as we do here in the States. So they don’t have that benefit. But I find they’re very hungry for good Bible teaching on this subject.”

And would you say CE is accessible for those who haven’t had that formal training?

“Absolutely. Christianity Explored is a tool that pastors and lay people can use to encourage people in their church to use. They find it very convenient. They like the videos, especially the dubbed Spanish version… the voiced over videos make it easier for them to share with their family or friends.”

For you personally, what was most impactful about this trip?

“I always learn something from my preparations… I start out by going through and asking the Lord to show me something in this material that my life needs to be transformed by.

“I was getting nervous about the responsibility of these conferences because the people attending are paying the equivalent of $15 which is a lot of money in their country, and they are making a big time commitment. So I was feeling the pressure of delivering something of value to them. One of the strong impressions that came to me from the Lord was, ‘You need to realize that My Word is what’s going to do the heavy lifting at these conferences. It’s not your personality.’ So that was quite liberating to me.”

How can people in the States partner with what’s happening in South America?

“Well, we need funding for materials. It’s very difficult… to have materials in South America. The publishers of our materials have given us permission to print and distribute them freely without charges for royalties. So, we’ve been given that great benefit. But we often need to help them with the cost of printing them.

“We can also pray for their efforts there. I’ve met a lot of people who care about the Lord, care about their friends. They want to see their friends become a part of God’s kingdom. Pray that God will give these dear brothers and sisters in Christ an open door for the gospel.

“Pray for me: pray that God would give more opportunities to do trainings, whether here in the U.S. or in Latin America.”

What do you want to see the next time you go to Latin America?

“I want to see people equipped, encouraged, and motivated to be engaged in evangelism. Evangelism in any culture, any country, any setting, always has some level of difficultly. In some countries, it’s relatively easy, but even then, you risk your own reputation, you risk alienating people and in other countries, you may even risk your life. But I think that everyone needs encouragement to evangelize and that’s one of the things we’ve helped do when we train there.“

Please continue to pray for our brothers and sisters in Latin America who are faithfully sharing the Good News. If you’d like to donate to our work in Latin America, you can make a donation online or mail us a check at our address (scroll down on the donation page to find). Please note that you’d like your gift designated for Latin America.

We’re also finishing up our To the Ends of the Earth campaign, a funding campaign where every new or increased monthly gift will be matched and given to our international work. Your gift will go to all of our ministry partners around the globe, like those in South America. Learn more here.